It is described as a rectangular Stone of Remembrance with inscriptions on the front and right sides and was made of Yorkstone.  It had a height of 2150mm, a width of 1300mm and a depth of 1000mm. The Architect was Mr. H. Smith and the Builder was Mr. H. Taylor.

When the Institute was sold in October 1966 the War Memorial was moved by J. Wright and Son of Ipswich, into the Churchyard of St. Mary Magdalene.1 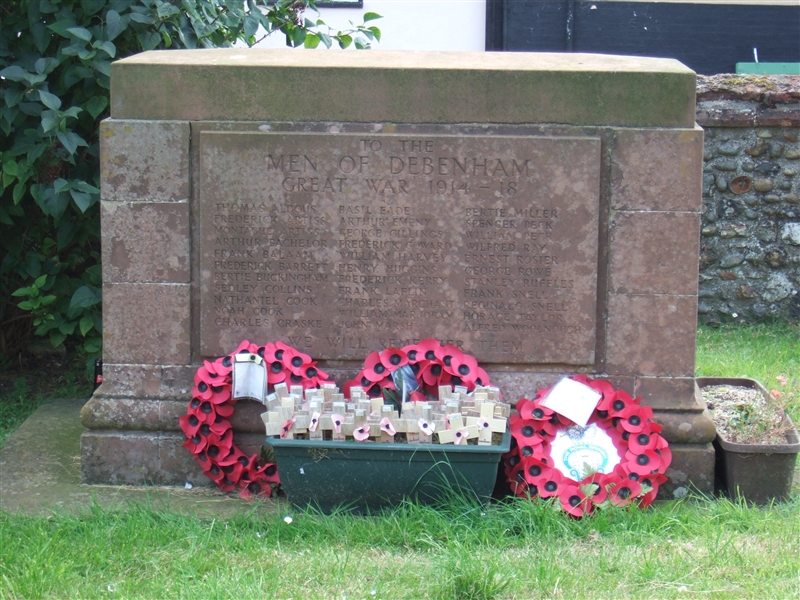